The Gambian working group under Niumi-Saloum Transboundry Biosphere Reserve, is a partnership between the Department of Parks and Wild Life management and IUCN [union Mondale pour le nature] in Senegal met in Sokone to design a trimestrial work plan, terms of reference on sectoral issues and guidelines for the Gambian working group to embark on for the month of April, May and June this year. As part of its activity to conduct a planning meeting for the Gambian Working Group a one-day forum held at the Fisheries conference hall in on .

Speaking at the meeting Mr. Abdoulie Sawo, the coordinator of the project, said the transboundry Biosphere reserve stated that Niumi-Saloum Transboundry Bio reserve process would gain successes if all key actors were involved and participate effectively. He spoke of the needs to develop a high level consciousness of all actors particularly the communities in the targeted areas. "In order to achieve the targeted communities and actors, Radio programs will be conducted to sensitize the communities on their roles and responsibilities for their smooth participation in the TBR process.

According to him activities such as ecological inventory, community and authority sensitization, capacity building work shop for key Actors, cartography [which is given to CSA consultant Agency in ] and socio-economic analysis, would be conducted by the Gambia Working Group.

For his part Mr. Alhagie Manjang the deputy director of depart of parks and wildlife management spoke at length on the importance of the forum, adding that Transboundry

Biosphere Reserve aims to protect and conserve the environment, and promote the prudent and judicious use of resources, so as to ensure their sustainability for future generations.  He then urged the participants to participate effectively in order to yield perfect results. 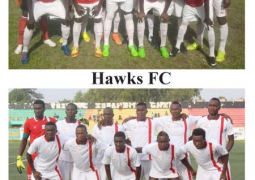