A Nigerian man believed to be in his 60s, and living in Wellingara, was Saturday found dead, impeccable sources have told The Point.

According to our sources, the Nigerian national, a teacher by profession, was teaching at the Gambia Methodist Academy School.

Neighbours of the deceased also told The Point that the deceased rented an apartment in Jallow kunda, Wellingara, where he used to live with his Gambian wife.

Speaking to this reporter who visited the compound, a lady at the said compound revealed that she last saw the late Lawrence in the early hours of Saturday morning going out for work but to her surprise, she received a phone call in the afternoon informing her that Mr Lawrence was dead.

The landlady further said she visited the Serekunda Hospital where she found the deceased, adding that she enquired as to the circumstances leading to his death but no clear explanation was given to her.

She also told this paper that the corpse was later transferred to Edward Francis Small Teaching Hospital (EFSTH) in Banjul.

When contacted, the wife of Mr Lawrence confirmed to The Point that her husband died on Saturday, adding that she spent the Friday night with the husband and on Saturday morning the husband told her he was going to Bakau.

She said that when the husband was leaving the compound nothing was wrong with him but to her surprise, she received a phone call that her husband had passed away, and the corpse was at the Serekunda General Hospital, where she went and identified the body.

The wife added that she could not actually tell what led to the death of her husband.

Her husband was not sick, she told The Point, adding that she was with the husband in the early hours of Saturday until he left for Bakau and never came back.

Efforts to speak with the Serrekunda hospital authorities and Police PRO ASP David Kujabi proved futile as his phone was off. 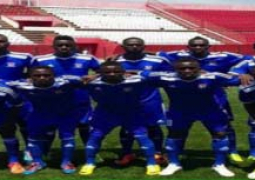