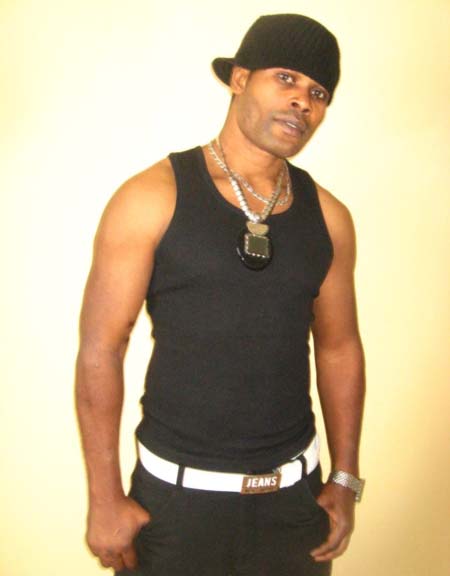 One of the hottest musical commodities in the European nation state of Germany is expected to perform several musical concerts early next year as part of a West African tour.

Some music pundits have said the history of German without the musical chapter of Dark-I will be sufficiently incomplete.

Willie Opana who goes by his artistic name Dark- I has become ahousehold name in Germany and other parts of Europe, including France and Holland.

He is now expected to blaze it up in Africa, and has told The Standard Entertainment that as planned he will stage a musical concert in the Smiling Coast of Africa.

His first stop will be in Senegal and Ethiopia, where he has been strutting his stuff for some time. Dark-I has played withWyclef Jean Product G&B, Ying Y Timaya, Idris Abdul-karim and Daddy Showkey.

Dark-I Music is Afro-centric and combines Western, German and African rhythms in creating a marvelous blend of rap, hip-hop and dancehall songs.

His songs surprisingly cut across various age genders and geographical boundaries, indirectly making him a most sought after artiste in Africa and beyond.

Since the release of his first song in 1998 with the club banger (Let Me Show You) that got the whole Germany shut down,Dark-I has performed in several major concerts around shows in the globe.

“Since when I was young music has been in me, and also dancing; so I grew up with that feeling to be an artiste… Well, I have some good Gambian friends. They keep telling me, “You Dark-I, you are need to be in Gambia;” that is happening right and many Nigerian artistes do come to Gambia.

So I said, “OK, luckily someone from Gambia, Lamin Jammeh aka Kesla, nice brother wrote to me about it, and I said, “why not. I would love to be in The Gambia,” he said, when asked why he chose to visit The Gambia.