The criminal trial involving the State against former officials of the defunct NIA proceeded yesterday before Justice Kumba Sillah-Camara of the High Court in Banjul.

The 2nd prosecution witness, Omar Bojang, a resident of New Yundum and currently the director of State Intelligence Service (SIS), told the court he knew the accused persons who were his colleagues at the defunct NIA as he was the director of Technical Services.

He recalled that sometime on 14 April 2016, being the director of technical services, he was directly answerable to the 1st accused, Yankuba Badjie.

He explained that he would not close until his boss had to close and go home, noting that on the said date he went to check on the 1st accused to obtain permission to go home.

He further explained that on his way to the office of his boss, he found him sitting opposite the office under a shade and not far from where the accused sat, and did hear people crying.

The witness further informed the court that shortly afterwards, the 1st accused called for the late Ebrima Solo Sandeng.

He testified that as Ebrima Solo Sandeng was brought before the 1st accused, Sandeng fell down and the 1st accused ordered that he should be taken to a room where there was fan.

The witness said he then asked the 1st accused what had happened to Solo Sandeng and he immediately realised that the 1st accused’s mood had changed and was not happy.

Mr Bojang told the court that on the day of the alleged incident, the 1st accused went home before 1:00am.

The witness disclosed that it was true that before the 1st accused spoke to Solo Sandeng, Solo slumped as he was brought to him.

He noted that it was the 1st accused who instructed that Solo Sandeng be placed under the fan probably because he must have fainted.

When asked that placing Solo Sandeng under the fan was meant to revive him, the witness replied that it was usual or customary that people could be placed under the fan to revive them.

The witness pointed out that he was neither a doctor nor a nurse to have knowledge of First Aid but he was the director of technical services.

Asked whether he had any qualification in psychology, he replied in the negative.

The witness told the court that he was not next to the 1st accused in terms of the hierarchy in the office and that it was regimented at the NIA that they followed seniority in terms of dealings.

He confirmed that as the director of technical services, he was directly answerable to the DG of the NIA concerning matters in his department.

Mr Bojang said he had worked with the NIA for over 25 years and that investigations and operations did not fall within the purview of his department. 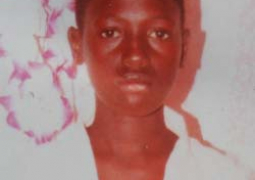