The 's Mamodou "Futty" Danso has been honored by the National Association of Intercollegiate Athletics as a member of the 2008 All-America Honorable Mention Team.

This is among a series of awards for the Southern Polytechnic () University men's soccer star Mamadou "Futty" Danso but this time at national level.

He was named the 2008 Southern States Athletic Conference (SSAC) Player of the Year, Offensive Player of Year, First Team Selection ('07 and '08) and Newcomer of the Year ('07).

According to the Southern Polytechnic Sports Information Office and the National Association of Intercollegiate Athletics web site, Danso's season for the Hornets was truly remarkable.  He led the SSAC in goals, shots, shots on goal, and points per game.  He was also in the top five nationally in all those categories.  He was the only person in the nation to have such a statistically strong year, being the only one in the nation to be in the top five in all those categories.  The amazing part is that he did all of this while playing as a Center Back for the last seven matches of the season.  Equally impressive is that he was named the SSAC Offensive Player of the Week and SSAC Defensive Player of the Week in the same season.

Danso ended the 2008 season with 19 goals, 6 assists in only 14 matches.  He helped the second-year Hornet program to a record and a 7-2 SSAC record.  got ranked #18 in the nation and finished tied for second place in the conference.  He registered a point in every match that he played except for the University of the Cumberlands match, when the Hornets were held without a goal, the only time all year that this occurred when Danso played.

"I am truly happy for Futty for getting this award. He has always been very reluctant to play as a forward, as his natural position is a Center Back.  He will be a professional in that position.  He never felt comfortable as a forward. He just did it because it was best for the team", said  head coach Kom Momeni.

Danso's story just doesn't end there. Few people know of the adversity that he has gone through during the season. First, it started off by him missing preseason workouts. He did not participate in one day of preseason because of issues overseas. He adjusted but did not start a single match until the twelfth match of the season.

"Futty's story is pretty interesting.  It is great what he has done on the soccer field, but when you put it in the context of all he has gone through, it is truly amazing.  I am honored to call him our (Hornet's) first All-American!" 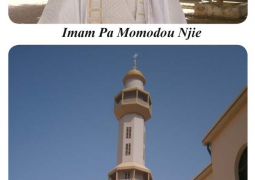 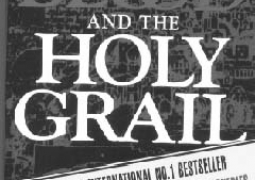