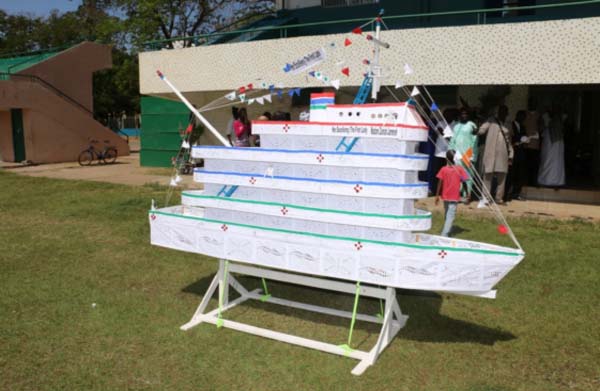 The Newtown West Ward of Banjul Central yesterday presented a lantern to the First Lady Zineb Yahyah Jammeh, after naming the lantern after her.

Speaking at the presentation ceremony held at July 22nd Square in Banjul, Fatou Lamin Faye, Minister of Basic and Secondary Education, said “this is a good culture” and it is “really appreciated”.

She noted that the First Lady is complementing the development efforts of her husband.

The revival of culture is key to the development of any country, she said, adding that the First Lady is making a lot of efforts through her foundation.

Pa Mamoud Ceesay, the ward councillor, said the First Lady had not just supported her husband with words, but they could all testify to the fact that “she is action-oriented and proactive in all that she ventures in.”

“Like the President, she has identified herself with the concerns of the people, spearheading and even initiating result-oriented programmes and projects to that effect.

“The most important in all her endeavours is that she goes down to the grassroots of the society and the less privileged, cutting across all walks of life.”

According to the ward councillor, the ‘Fanal’ as lantern is called in the local dialect of The Gambia, is one of the legacies left behind by the Portuguese explorers that first came to The Gambia.

“It is now one of the cultural hallmarks of the Christmas festivities that are now embedded in the culture of Banjul,” he said.

At the end of the presentation, Minister Faye presented D50,000 to the association for naming the lantern after the First Lady.