A nursery school called the Family Care Nursery was recently officially opened in Sukuta Village Kombo North, in the Western Region to respond to the cry made by the community to have a nursery school for their children.

Speaking at the inauguration ceremony, the Head teacher of the School Mr. Lamin Fatajo, said he is elated to establish such a good school for the community, noting that their centre is an action oriented one.

The school was first built in June 2007 and registered as an NGO with the Attorney General (AG's) Chambers in on as a fully operational school. Mr. Fatajo further revealed that the school started operations in September 2008 with 40 students in one class but now the classes are fully furnished. He noted, "We are operating free education because we built it for the community in order to enable each child to have access to education."

According to him, they drum up support from NGO's, government, philanthropists, and individuals. He however used the opportunity to solicit support for the school.

He reaffirmed their commitment in complementing government efforts, particularly in the area of education.

For his part, the Alkalo of Sukuta, Momodou Lowe Cham, commended the initiators for establishing the school in the village.

He assured the management of his full support.

The occasion was graced by a cross section of the Sukuta community. 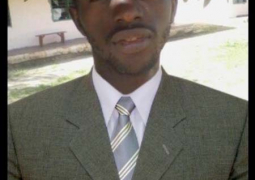