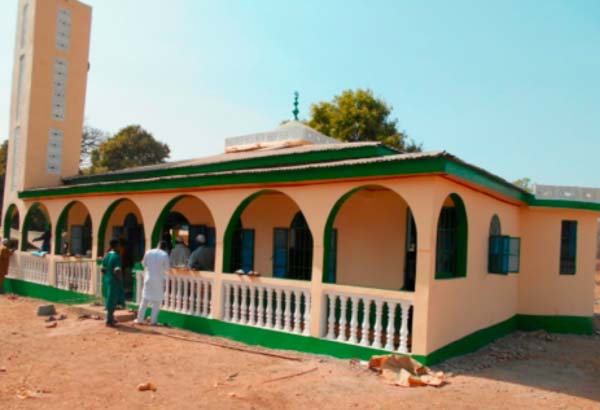 The community of Giramba village in Foni West Coast Region in collaboration with Penny Appeal Organisation based in London, Friday inaugurated a new mosque in the village.

Speaking at the inauguration ceremony, the imam of Giramba village, Omar Jatta, thanked the Almighty Allah and the donors for sponsoring this very important building geared towards promoting Islam.

He said the construction of this mosque would go a long way in helping the community, whose members travelled almost three kilometers to attend Friday prayers in the neighbouring villages.

They have nothing to say, but to thank the sponsors for providing them with the mosque that would serve not only the community of Giramba village, but for the entire Muslim Ummah, he added.

The construction of this house of God is very timely and it was long overdue, he continued, and commended the labourers for their commitment and hard work in ensuring the completion of the mosque.

“We are very grateful to the UK lady philanthropist, for not only sponsoring the construction of the mosque, but also a local well fitted with a solar panel and ceiling fans for comfort during prayers.”

Also speaking was Musa Almul Nyassi, former Minister of Local Government and Lands, who expressed his sincere gratitude and appreciation on behalf of the community for erecting the mosque

He appealed to the community of Giramba village to maintain the mosque by praying their five daily prayers there, noting that a lot of finance has been injected to construct the building.

Almami Gibba, youth coordinator of Zazeyed project, thanked God for the successful completion of the mosque, adding that the project did not only build the mosque but endowed them in supporting in an orphanage.

Currently 50 children are beneficiaries to this project, he went on, and commended the people spearheading the project.

“We are grateful for their support in promoting Islam in our society. We thank them for this bold initiative and appeal to them to help with a school for the children.”

Ajmal Mastwol, representative of the donor from UK, in his remarks, praised the Almighty Allah and the community of Giramba village for their commitment and hard work in ensuring that the project was successfully completed.

He spoke of the need to obey the command of Allah, and to foster unity in the community, adding that with togetherness they would continue to receive more support from them in the UK.

He thanked the UK lady philanthropist, who invested heavily in the construction of the mosque, and supported the local well.

Speaking earlier, the Alkalo of Giramba village, Seedy Gibba, thanked the UK philanthropist lady for supporting humanity, particularly the construction of the house of God.

He encouraged his community to ensure that they conduct their five daily prayers at the mosque, which has reduced the burden on them from travelling miles to go and pray in the neighbouring villages.

Paul Put on His New Contract