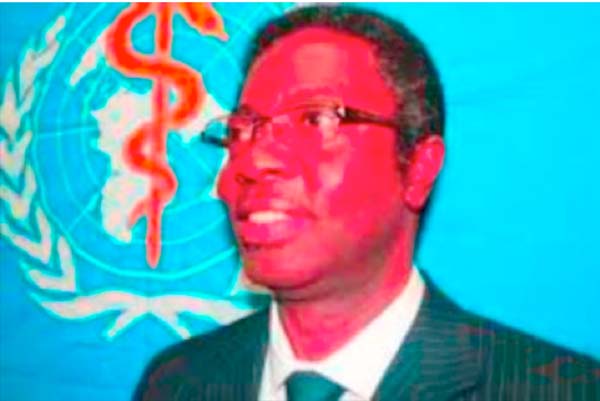 The World Health Organisation (WHO) country representative in The Gambia, Dr Charles Sagoe Moses, has revealed that approximately half of the world’s population, some 3.3 billion people, are at risk of malaria.

He said every year there are about 250 million clinical malaria cases and nearly 1 million deaths.

He made this revelation at the inauguration of the COSMIC panel meeting held at the Ocean Bay Hotel, from the 6 to 7 March 2017.

“Over thirty million women living in malaria endemic areas become pregnant each year.  The disease kills more than 10,000 pregnant women and up to 200,000 infants each year.”

He said malaria infection is a major public health problem in sub-tropical regions throughout the world.

According to the WHO official, in The Gambia the burden of malaria has significantly gone down in the last few years.

However, he added, 15 per cent of pregnant women still have malaria parasites at delivery, putting their babies and themselves at risk.

He indicated that current malaria policy in most African countries is to give an antimalarial treatment, which is an intermittent preventive treatment - sulfadoxine pyrimethamine or Fansidar (IPTp-SP) - as a preventive to women, when they attend an antenatal health facility clinic.

However, many women do not ever visit an antenatal clinic or do so too late, adding that the research study has examined the role community health workers might have.

The purpose of the meeting was to hear from the study investigators, and to assess what policy and practices or changes needed to be considered.

He said WHO’s role in this project is working with them to bring all of them together to learn about this, to support the use of research evidence for the refinement of their policies and practices.

“In the end, it is about saving lives, and one of the best ways to do that is through careful studies like this one so that we know what works and what does not.”

The WHO country representative thanked the Ministry of Health and Social Welfare, the Medical Research Council and the Special programme for Research and Training in Tropical Diseases (TDR) at WHO headquarters in Geneva for facilitating the meeting.

The European Union-funded research project was also executed in Benin and Burkina Faso in collaboration with the International Research Consortium, COSMIC.

In his welcome remarks, the programme manager NMCP, Balla Kandeh, said malaria which is the number one killer disease in the African region is not only a health problem, but also a developmental one, as it retards the growth and development of the continent.

Mr Kandeh noted that malaria is one of the most fundamental public health problems to confront Africa, adding that it was the leading cause of illness and death among children, inhibiting their ability to learn during childhood and to earn a livelihood during adulthood.

He said RBM builds partnership to mobilise global support and resources to reduce the malaria burden.

This partnership has been, and remains strong in The Gambia, but there was the need for other sectors to join it and help combat malaria, he added.

Mr Kandeh also indicated that the Gambia government remains committed to the fight against malaria, both in The Gambia and in the Africa region.