One Mr. Muhammed Christopher, alias Mr. Brikama, a British philanthropist on Monday launched a new exciting project that is expected to see the construction of fifty houses in Brikama, Western Region.

The project, known as Phase Ten will have double rooms, kitchen, bathroom, toilet, water and electricity with a square metre of twenty by twenty.

Speaking at the launching of the project, the Project Manager, Mr. Christopher stated that the aim of project is to help the needy, adding that the project will start this year and end up in January 2010.

According to him, in many compounds in Brikama, children used to sleep on the floor, which he added, is harmful to their health. He said every child needs to be protected especially children who are in dire need of help. He said he is not looking for any profit but to help the poor as, according to him, it is his mission in the .

Upon completion, he said, an apartment will not be rented more than D500 per month. ''Many people do business in order to make profit but I am out to help the poor and needy because that is my mission in the ", he concluded. 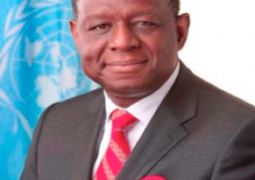 SHE SHE SHE: Empowering women and girls requires renewed efforts to end violence and harmful practices