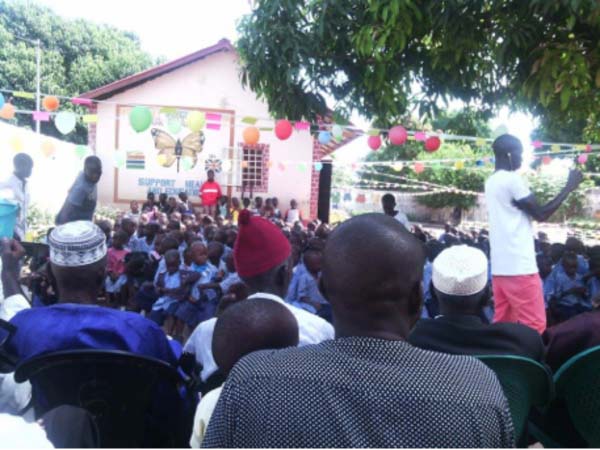 Delivering his speech at the ceremony, Bakary Dembo Sonko, a member of Busumbala Young Farmers’ Association, thanked the sponsors for providing the day care centre with a new classroom block.

“We are indeed deeply touched and privileged to be associated with such an auspicious ceremony like this, something we have been yearning for years.

“We are really more than grateful, and we don’t have words enough to express our joy and satisfaction about this magnificent classroom block,” Mr Sonko added.

On behalf of the parents, staff and pupils of Busumbala Young Farmers’ Association, he thanked Nick and Elena of Africa Angels Charity UK for giving them this magnificent structure.

He also thanked Karamo Fatty for facilitating and supervising the entire project, adding that their association appreciated his efforts.

He also thanked the head-teacher and his staff for the good work that they are doing in the school.

Sonko elaborated on the achievements registered by the association, adding that it was formed in 1977 and since then had registered numerous successes.

He said among them was the establishment of the day care center, for which they are currently inaugurating a new classroom block.

Also the establishment of a 300 x 270 meters vegetable garden for the women of Busumbala, and securing a site of 80 x 70 meters perimeter fence, reserved for a multipurpose center.

Mr Sonko lamented some of their constraints, such as the payment of salaries to the teachers, who sometimes go for three to four months without being paid. 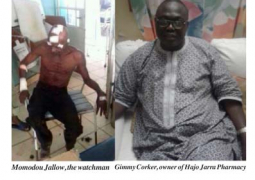