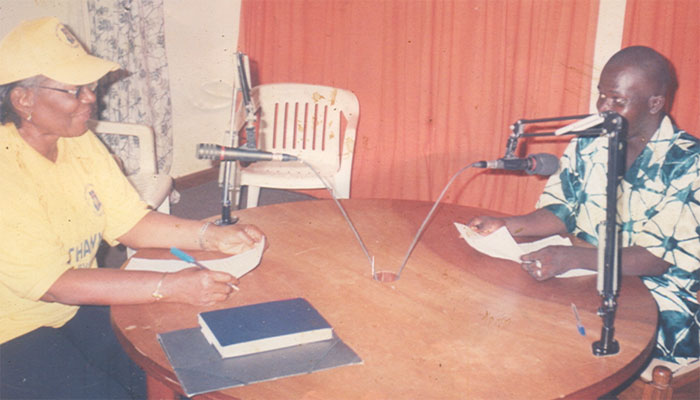 As part of his contribution to the development of Gunjur, Seedy Ali Janneh, a native of the village residing in Sweden, has established a radio station in Gunjur. Mr. Janneh is also the Imam of Cuttburg Mosque in Sweden.

The name of the station is Gunjur Radio Jannehkoto F.M. 101.1FM in stereo.

Speaking in an interview with The Point at his office in Gunjur, the managing director of the radio station, Modou Touray, said the radio began transmission on the 19th of March this year.

He stated that the radio station is a private one and that they are still on a test transmission.

He further revealed that Gunjur Radio Station Jannehketo is the only radio station in Kombo South.

Mr. Touray finally called on businessmen, donors, companies, philanthropists and NGO's to advertise with them so that they can realise their dreams and aspirations.