The victory has earned Nema United mid-table with 14 points in twelve games, while Busumbla are still third place in the league despite the defeat to Nema United.

Nema Youths meanwhile beat Sanchaba Sulay Jobe Football Academy 1-0 in the all-Kombo North derby game played at the Dembadou Mini Stadium in Sukuta on the same day to boost their position in the league. 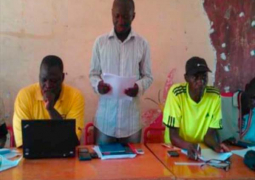