Nema United FC on Sunday defeated Waterman FC from URR 5-1 in the first round of the 2009 Gamtel-sponsored FA cup championship at the Brikama Mini Stadium.

The keenly contested game characterised by delightful exhibition of skills, attracted a huge number of spectators from Brikama and its surrounding villages.

Nema United FC opened the scoring in the 4th minute through striker Modou Gaye after dribbling past Waterman FC defence line. Moments later Nema United FC found themselves 3-0 ahead when winger Alieu Jammeh netted the second and third goal for Nema United in the 22nd and 29th minute of the game respectively and the first half ended 3-0 in favour of Nema United.

As play resumed in the second half, Nema United FC who were well organised, composed and experienced, continued to mount pressure on the Waterman FC defence line and their efforts paid dividend in the 48th minute when striker Modou Gaye blasted the fourth goal from close range.

Waterman FC fought back and managed to pull a goal back in the 55th minute by wing back Colomba  Agouron while Abdoulie Bah sealed the victory in the 69th minute after dribbling Waterman FC defenders to make it 5-1.

ElsewhereTallinding United edged past Lamin FC  by 2 goals to 1 at the Father Gough Sports Complex in Manjai Kunda whilst Jambanjelly defeated Brikama-ba FC 1-0 at the Independence Stadium in Bakau. 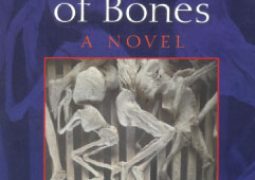