There is no doubt that the contribution of NGOs is widely recognised as complementing government efforts in nation-building and the Nema, an anti-poverty rural project, has duly recognised and catered for their inclusion, through the Capital Investment Stimulation Fund (CISF) of the project, said Solomon Owens.

The Gambia’s Agriculture Minister, who was speaking recently at the official launch of the National Agricultural Land and Water Management Development Project (Nema), said The Gambia government will continue to explore various other innovative avenues, which he said, could lead to economic growth and further employment for her rural people.

The launch of the Nema, which is designed to increase income level of the rural folks, through improved productivity, based on sustainable land and water management practices, was held on the margins of February 26-28, 2013, at a workshop held at the Kairaba Beach Hotel.

The Minister said with the financing requirement of USD64, 000,000, and with IFAD contributing half of the amount, it would be a key player in the execution of the Gambia National Agricultural Investment Plan (GNAIP).

This, he said, is the medium-term development framework for the agriculture and natural resources sector of the country.

“It is only through the collective and collaborative efforts of all, built on a foundation of responsible partnership, that we can make meaningful progress in the realisation of the goal of the project,” he said.

He said agriculture continued to be of great economic and social importance to a large sector of the Gambian population.

He stated that agriculture has made tremendous strides to become an area of significant economic activity, out of which several types of vibrant, small agro-enterprises have evolved.

He said IFAD’s active partnership with the government of The Gambia started more than 30 years ago, with the famous Jahaly Pacharr Smallholder project.

The Nema project started one year ago, following a formal request from the Ministry of Agriculture for IFAD, whose mission “is to enable the rural poor people overcome poverty.”

Mr. Abukari added that with the approval of the Nema project, IFAD’s total projects and programmes financing sum up to 10, resulting in total cumulative project cost of about US$197.4 million, of which IFAD financing amounts to US$73.9 million.

“This is directly benefiting almost 150, 000 rural household across the country,” he said.

Ebrima Jawara, Project Coordinator, Central Project Coordinating Unit at the Ministry of Agriculture, said the Nema project is a seven-year project, to be built on the achievements and experiences of the past and current IFAD support projects.

He said the workshop is to facilitate the whole implementation team to have a common and shared vision of the project expected impacts, outcomes and outputs, and the strategies and processes involved in the attainment of the results.

Mr. Jawara said the workshop would mitigate the usual pressures to get something going in a rush, by enabling all people involved in the implementation of reaching a common understanding of what to be done. 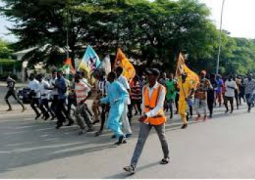 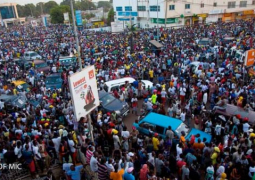