Between February and April this year many things have happened, or as the economists would say many developments have taken place, in our economy.

The global economic developments coupled with local market forces and financial trends have exerted some shocks on the Gambian economy.Developments in the domestic economy such as the GDP growth, government fiscal operations, external sector trends and inflation have affected the Gambia’s balance of payments cover, prices of goods and services and other economic and financial aspects of the economy.

One of the happenings still baffling is the inflationary trend in the country. Whilst global prices of many essential commodities at the international level have reduced substantially, such a development has not reflected positively on price trend in The Gambia. Instead the nation has been experiencing steady inflation – the continuous rise in prices of goods and services over a period of time.

The latest report(7 May 2015) by the Monetary Policy Committee(MPC) of the Central Bank of The Gambia (CBG) on economic developments in the country, states how inflation in The Gambia has gone pools apart from the general trend globally.

The MPC report states: “Global commodity prices have decreased by 28 percent since September 2014 mainly due to the 38 percent decline in energy prices. The Food and Agricultural Organisation (FAO) Food Price Index averaged 173.8 points in March 2015, down to 18.7 percent from the March 2014 level.

“Global inflation continues to decelerate in advanced economies and most emerging market and developing economies reflecting primarily the impact of the sharp decease in oil prices as well as lower commodity food prices.

The MPC has, therefore, decided to put in place measures that will try to normalize the situation such as by increasing the rediscount rate (in other words bank/lending rate) by one per cent to 23.0 per cent, and by issuing a directive that open market operations (monetary control policies) be intensified.

From the above, it could be noted that many ‘strange’ happenings have recently been taking place in the national economy, which actually necessitated the measures being taken by the CBG to get things back on a good footing.

“If we are going to carry on growing, and we will, because no country is going to forfeit its right to economic growth, we have to find a way of doing it sustainably. .” 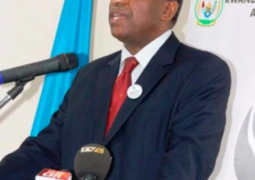