The National Disaster Management Agency (NDMA) held a daylong sensitisation session for the multi-disciplinary committee of the Lower River Region on targeting criteria in food security in emergencies.

It was held in Mansakonko on Thursday with support from the World Food Programme (WFP).

The NDMA coordinator for the region, Lamin Saidy, said the meeting was part of an ongoing process in defining who deserves support, and the amount to be given to disaster victims in varying situations through the agency.

Hudul EN Colley, NDMA coordinator for the Banjul City Council (BCC), observed that the regional structures are key players in the delivery of disaster relief to communities.

The outcome of the meeting, he said, would be useful in enablingthem to intervene effectively and efficiently in meeting the needs of people in emergencies.

Nuha Nyassi from WFP said the sensitisation exercise was meaningful to the disaster agency, and it would further equip local authorities in the presentation of disaster relief.

He pointed out that the standard to be set was particularly important, when a limited amount is to be shared among all the affected areas through their various regional institutions.

Foday Camara, Gikoko ward councillor in the Mansakonko Area Council, noted that whenever relief intervention is done, some disgruntled individuals would challenge the sharing criteria.

He hoped that setting criteria would serve as appropriate response to the usual queries from various communities to his office.

The deputy Governor of the Lower River Region (LRR), Abou Njie, said it was true that the NDMA has been responding to the needs of disaster victims to the best of its ability, but without a shared criteria in place, there would always be challenges.

“Even where the use of common sense alone is enough for giving services to disaster victims according to their needs, the criteria is needed for backup,” he said. 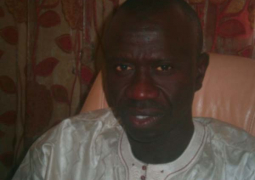