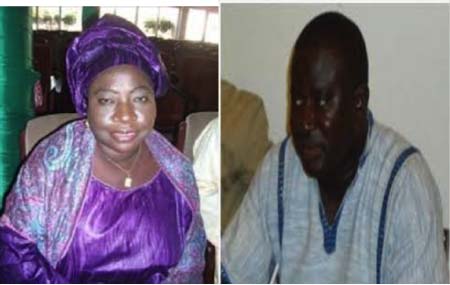 The deputy Speaker of the National Assembly, Hon. Fatou Mbye, has said the National Assembly has been very active in the journey of children, particularly in the endorsement of national legislations and key policies and programmes that are child rights and protection related.

Save the Children International sponsored the workshop.

Delivering the opening statement, Deputy Speaker Fatou Mbye said, as stakeholders the National Assembly had been very active in the journey, and thus played a key role in the endorsement of national legislation and key policies and programmes that are child rights and protection-related.

“This clearly manifests that there is a high political will and commitment,” she said, adding that nonetheless they would still endeavour to the practice as it requires more than just enacting laws, but implementation and timely reporting was important as well.

She said the CRC’s concluding observation of the combined 2nd and 3rd periodic report and the UPR recommendations are very important to any country that wants progress in the area of children, as both are reminded in the fulfillment of government responsibility in collaboration with its development partners.

Issues affecting children’s life, survival and development are paramount to the Gambia government, which has been manifest in all government developmental agendas and policies, especially in the education and health sectors.

The National Assembly select committee for children would be in close touch with CPA and other stakeholders to push the agenda forward, she added.

It would be noted that recently the National Assembly launched, in collaboration with UNICEF, a budget observatory platform for children that is geared towards their welfare and interest.

Njundu Drammeh, national coordinator of CPA, said the National Assembly is a key stakeholder to issues relating to the rights of children and are deeply committed to the cause of children.

He said they also know that the leaders of the Assembly “are also champions of the rights of children and women.”

“We are here to talk about those children we all refer to as the future of the nation, and we will be discussing very important recommendations affecting children, " he said.

Pierre Jatta, representing the Director of Social Welfare, said the work of the UPR and the concluding observations on the combined 2nd and 3rd CRC periodic report, was indeed important and both are mechanisms to help countries accelerate in the fulfillment of their obligations and commitments under various children and human rights treaties.

He said the recommendations and concluding observations “are not in any way criticism of the efforts of the government”; rather they point out on issues affecting children, how legislations could be better strengthened and what civil society actors, UN agencies and other international bodies could do to support government, communities, parents and children in realizing the rights of all children.

Mariama Jallow, president of the Voice of the Young, said the workshop was held to look into the Universal Periodic report, the concluding observations and the recommendations.

“We know you can do it, we know you can make The Gambia a better place for children because you have the capacity and most importantly the authority to do so,” she said.

CPA board chairman Sheikh Lewis, in his remarks, said CPA is the biggest child rights organization in The Gambia, established decades ago with the mandate of child rights promotion and protection.

The National Assembly members are key partners with CPA, he noted, saying the partnership would go from strength to strength. 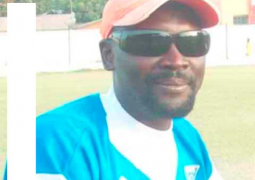