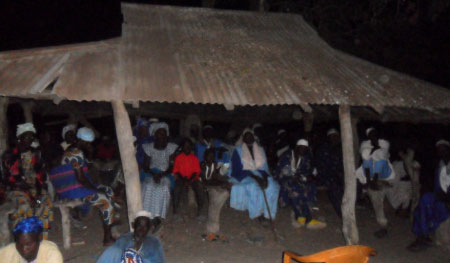 The participants, numbered about fifty, came from Berending, Chamen, Mbuguma and Buniadu to take part in the UNDP-supported programme held at the Multipurpose Centre of Berending village in Niumi district.

Speaking at the sensitization meeting, Junkung Saidy, a civic education officer, said the objective of the Act is to establish and regulate a decentralised local government system for The Gambia and to make provision for the functions, power and duties of local government authorities.

According to him, the training will build the capacities of the participants given the fact that village development committees (VDCs) are the entry point of all development activities in the village, noting that they should be able to know their functions which will enable them to work according to their mandate.

“The training will inform them about preparations for 2013 local government elections as they were exposed to various issues of the content of the Act including dissolution of the council’s terms of a councillor, cessation of office, development plans, development structures, composition of VDCs and functions of ward development committees (WDC) among others,” he said.

The training will help the participants to differentiate between the political agenda from the development agenda because these are the development structures like the VDC and the WDC, he noted.

According to Isatou Bittaye, NCCE programme officer, the training was meant to capacitise village development committee members on their roles and responsibilities in their drive to plan and implement any development projects at the village level.

She said the project aimed at raising awareness on the civic rights of the local people. This, she added, cannot be realised in the absence of good governance.

Ms Bittaye noted that for a village to realize sustainable and meaningful development there must be a well constituted VDC, according to the Local Government Act (2002).

“We have to look at the concept of VDC, why VDC, and how VDC is constituted? Who should be a member, VDC limitations and their roles and responsibilities,” she emphasised.

She quoted section 193 (1) of the constitution which states that local government administration in The Gambia shall be based on system of democratically-elected councils with a high degree of autonomy, adding that section 214 (3) of the constitution says the state shall be guided by the principle of decentralization and devolution of governmental functions and powers to the people at appropriate levels of control to facilitate democratic governance.

For his part, Lamin Manneh, Berending alkali representative, spoke at length on the importance of the training.

He said that the knowledge and skills emanating from the training will go a long way in assisting the smooth running of “our various VDCs in our respective communities”.

He urged participants to make best use of what is learnt during the training, while commending NCCE and its partners to continue the momentum. 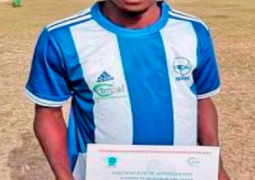