The Institute of Travel and Tourism of The Gambia (ITTOG) last Saturday celebrated its 5th anniversary and graduation ceremony.

The joint ceremony, attended by government officials, parents and other private senior citizens, was held at the Paradise Suites Hotel in Kololi.

In his address, the head of the school, Sheikh Tejan Nyang, said this year marks the fifth year since the institute was founded.

He then went on to underscore some of the achievements the ITTOG has registered during the years.

Initially, he noted, the going was tough but with the help of God and the continuing commitment and trusted partnership with South Nottingham College (SNC), the ITTOG is today making a difference.

He noted that the SNC has been providing not only financial support but also academic backing to the institute since its inception five years ago.

He also revealed at the graduation that on Wednesday 7 November 2012, the SNC and the Institute were confirmed as the winners of the award at the world renowned 2012 Virgin Responsible Tourism Award ceremony, for best engagement with people and cultures.

He hailed the team at the SNC and the ITTOG for their commitment and vision of building such an educational partnership which has caught the eyes of the whole world.

Mr Nyang asserted further that the objectives of the ITTOG is to provide a successful learning environment that is inclusive, promotes equal opportunities and offers practical theoretical elements to meet the specific needs of the local tourism industry.

Mr Nyang also used the opportunity to highlight some of the contribution of the college to the development of The Gambia of which he said the school played a leading role in the training of tourist guides, in assisting government in training the service personnel such as the police, airport security, the Immigration, the National Intelligence Agency, Customs and other institutions, on customer care.

According to him, the objective of the college is to ensure the college is managed and operated in a sustainable manner, to facilitate links between the local professional tourist industries.

For her part, the guest speaker of the occasion, Dr Mariama Sarr-Ceesay, an educationist and analyst, commended the staff and management of the ITTOG for their commitment in nurturing the students with the required knowledge.

She said the day mark the beginning of a new career in the lives of the students, a day of joy and reflection and also to take up a new dimension and focus.

Dr Sarr-Ceesay also buttressed the importance of education, which she said is key in the country’s development aspiration.

The government has placed high priority in the education sector, particularly in the girl education, she noted.

She also used the opportunity to call on the graduands to inculcate discipline and respect in themselves and instead try to be the ambassador of their societies.

She further urged the graduating students to be law-abiding and be responsible in the society.

The chairman of ITTOG, Adama Bah, expressed similar sentiments whilst highlighting some of the numerous achievements the ITTOG has registered.

“The aim is to help the Gambians and West African men and women in responsible tourism,” he said. 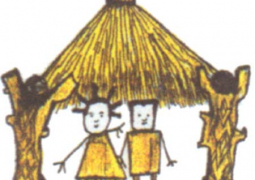