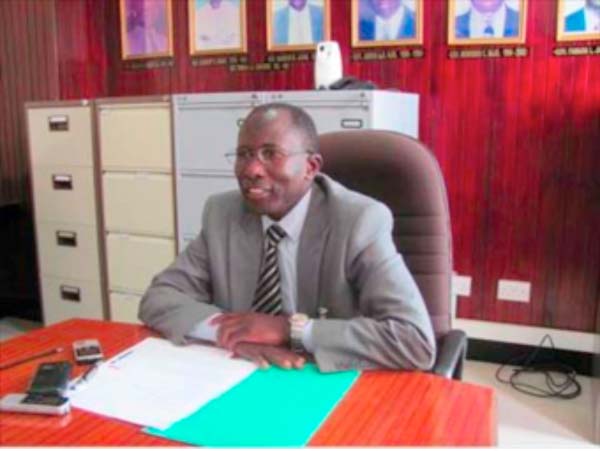 The first deputy Governor of the Central Bank of The Gambia, Basirou A.O. Njai, has revealed that data from the IMF indicates that Islamic finance assets grew at double-digit rate during the past decades, from about US$200 billion in 2003 to an estimated US$1.8 trillion in 2013.

Mr Njai revealed this while delivering a statement on behalf of the Governor of the Central Bank of The Gambia at the opening of a two-day seminar on building Islamic finance in The Gambia.

The forum, held yesterday at Ocean Bay Hotel in Bakau, brought together participants from Nigeria, Sierra Leone, Malaysia and The Gambia.

He said since the first Islamic bank was established in Dubai in 1975.

Islamic finance is based on the principles of profit and loss sharing, redistribution of wealth and opportunity and making finance the servant and not the master of the real economy.

Mr Njai said Islamic banking also outperformed conventional banking over the past decade, increasing its penetration rate above 15 percent over a dozen countries in the Middle East and Asia.

He said over the same period, sukuk issuance increased twenty-fold to reach US$120 billion in 2013, and its issuer base is broadening with new issuances in Africa, East Asia and Europe.

However, he added, despite this strong growth, Islamic finance assets are still concentrated in the Gulf Cooperation Council (GCC) countries, Iran and Malaysia, and represent less than one percent of global financial assets.

He indicated that the industry is also beset with other challenges, including lack of clarity in some aspects of Islamic banking, limited short-term instruments, and shortage of products with medium to long-term maturities, as well as weak risk management.

“Increasing understanding and awareness, as well as building capacity in Islamic finance are important to the realisation of the potentials of the industry,” he explained.

Mr Njai further stated that building Islamic finance in The Gambia, Nigeria and Sierra Leone, is the last activity of the project on enhancing financial literacy and capacity building on Islamic financial instruments.

Njai also thanked COMCEC of the OIC for funding the project.

He said the bank sees the deepening of Islamic finance as an important instrument for reaching out to under-served segments of the society, including the poor, as well as the vulnerable non-poor.

“CBG is fully committed to not only implementing best practices to achieve the optimal regulatory environment, but also taking a leadership role to support all aspects of the industry’s development, including ensuring sustained macro-economic stability, promoting effective use of technology to enhance efficiency and to enable Islamic finance institutions better manage risks and developing a system of research and evaluation,” he said.

Dent on money transfer services in The Gambia