As the advent of the forth biennial National Youths Conference and Festival (NAYCONF), swiftly approaches, an evaluation team from the Department of Sports, that included the National Youth Council, recently explored the length and breath of the country to asses the state of preparedness of this years event.

Foremost among the issues discussed during the tour, with keystone partners such as the Governors and the local organising communities, was the transportation and feeding of participants from the various regions. It has now been decided, that the regions themselves will be responsible for these costs and not the National Youth Council.

The visiting team also uncovered to the press the venues expected to host events such as the conference, football, basketball, volleyball and wrestling. The intent of this is to gauge the state of preparedness of the venues to successfully host the event.

In all the regions, as expected, the local organising communities heavily vilified the national organising committee for such a determined decision taking into consideration the closeness to the event and the plight involved in rising fund at the eleventh hour. On a more serious note, some Chairman's of certain Area Councils bitterly argued with these developments. They noted that many cumulative burdens are on the shoulders of their councils and further responsibilities will prove strange. In the same vein, in Basse, some members of the local organising committees scolded the N.O.C for what they called a break of communications during past NAYCONF.

They therefore called for a proper work plan for a successful Nayconf.

However, with all these balks, the meeting stumbled to agreement in the name of national duties.

Speaking at Farafenni, The for Youths and Sports, Hon. Sheriff Gomez, elucidated that it was pleasing to see what is on the ground. Hon. Gomez said what has been manifested is commitment but yet there is still major work to be done. In line with this reality Hon. Gomez called for commitment from both stakeholders to make the event a success. The date for Nayconf is slated for . At Farafenni and the theme is "invest in youths for sustainable development". 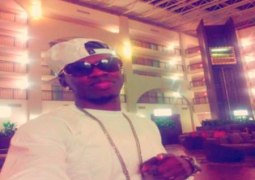