The Police Intervention Unit last Sunday arrested three NAWEC staff on suspicion of stealing the company'scopper cable wires, this paper has been reliably informed. Hassoum, Jallow Musa Sanneh, and Sheikh Jobe, were arrested following discovery of some copper cables with one Alagie Gaye, a dealer of old metal, in Kanifing.

According to the Police Superintendent Malamin Ceesay, Officer Commanding Major Crime Unit of the police, it was following the arrest of Alagie Gaye that these three NAWEC staff were subsequently arrested.

He explained that Mr. Gaye confessed buying the cables for D2500 from these guys.

Superintendent Ceesay indicated that although the investigations are still ongoing, the suspects are already charged with conspiracy and stealing and are expected to be arraigned soon.

Also speaking at the briefing, Crime Management Co-ordinator, Superintendent Sonko asserted that what used to happen is when there are damages somewhere, they will request for replacement and when new copper cable wires are given to them they will never come with old ones and they would sell it to metal dealers for the owner's self interest. He said currently the investigation is still on-going; maybe this act has been going on for a while.

He said that the Nawec Management has been appealing to the general public and most especially the security personnel to help to arrest these wrongdoers. 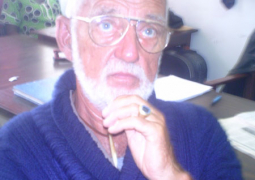