Magistrate Hilary Abeke of the Kanifing Magistrates’ Court has adjourned the motor vehicle theft case involving one Cherno Mballow for the prosecution to provide the previous conviction record of the accused person.

This came when the trial magistrate was about to pass sentence on the accused person, who had admitted to the offence charged.

Prosecutor Sgt Kinteh then applied for an adjournment to provide the court with the previous conviction of the accused by tendering the file on the next adjourned date.

According to the charge sheet read in court on count one, the accused, Cherno Mballow, on 14 March 2013, at Serekunda, in the Kanifing Municipality, stole a motor vehicle with registration number BJL 9270H, Benz 190 green in colour valued at D170,000, the property of one Alagie Touray. 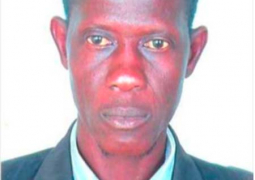