NAWEC and its challenges

The revelation by the Mayor of Banjul, Abdoulie Bah, that the Banjul City Council (BCC) is currently owing the National Water and Electricity Company (NAWEC) a staggering sum of D31 million is really disturbing.

Considering the role and responsibility of NAWEC, it is our fervent belief that the company cannot perform its responsibilities with debt like this huge sum being owed to it by other institutions.

Yes, the electricity supply situation in the country sometimes deteriorates abysmally, and it was not known for a very long time what was actually the problem confronting NAWEC.

Many people blame the company without knowing the actual reasons for its staggering performance with respect to meeting the nation’s need of electricity and water supply. 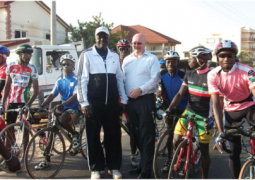