Speaking in an interview with this paper, Sajor Kanyi, the Administrator of Sheikh Zayed Regional Eye Care Centre, said two hundred patients are expected to be operated in the exercise, including women and children. He noted that the event is mainly funded by Standard Chartered Bank Gambia Ltd, adding that operation is free of charge for those who were screened prior to the commencement of the operations.

He pointed out that the feeding of the patients during the operations will be handled by the bank.

According to him, global theme for this year's World Sight Day attempts to address the situation of the marginalised group, hence the theme "Gender and Eye Health: Equal Access to Eye Care".

He said cataract is the pacification of the crystalline lens leading to blindness. "It can affect both age groups. The main causes are old age, trauma and secondary to other medical conditions like diabetes," he said. 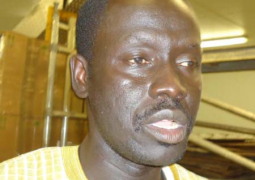