Red Scorpions, who are occupying the top spot with six points in two matches, got off to a stunning start to the campaign after a 2-nil win against Armed Forces at the Independence Stadium last week.

They went on to beat Abuko United in the week two fixtures at the same venue to set up an early pace at the summit of the league table going into tomorrow’s battle as the fovourite against Company Ten.

Company Ten suffered the heaviest defeat when they lost 7-nil to Interior last Saturday as part of week two fixtures at the Father Gough Sports Complex in Manjai.

Makasu, also with a game in hand, played their first game of the campaign with a goalless draw against Armed Forces and their second game will be a trip to the West Coast Region where they are scheduled to meet Interiror on Saturday at 2:30. That will be followed by another encounter between Abuko United and Armed Forces that same day at the Serrekunda East Mini-stadium at 2:30.

The second division fixtures of the Women’s national league will also resume this weekend when Jeshwang United come face to face with at the Manjai Field on Friday before City Girls meet Kinteh’s United at the Serrekunda West Mini-stadium on Saturday.

The last game in the week three fixtures will be played between promoted Immigration and Future Bi, when the two sides meet at the Manjai Field on Saturday. 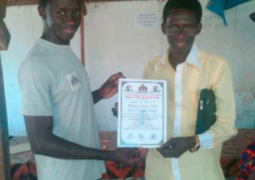