Musa Suso, the erstwhile National Assembly Member for Kombo North yesterday told the court that he did not know the reason of his detention and that there was no court order as regards to his detention.

Suso, who is currently facing trial on a series of false information charges, told the court that he was one time convicted and sentenced, and after sometime he was given a presidential pardon.

He said following his release, one Biran Jobe, who asked him to authenticate an audiocassette that was recorded from him, invited him to the Police Headquarters in Banjul. This was in 2007.

He however told the court that before that invitation, he was one time escorted from Mile 2 Central Prison to the Police Headquarter before a security panel, headed by then then Crime Management Co-ordinator (CMC), Essa Badjie in connection to a Sim Card allegedly found in the cell he was occupying.

He said yet on another occasion he was escorted to Police Headquarters before a panel, this time around headed by Burama Dibba.

He said Burama Dibba only repeat what he had previously told the first panel concerning some activities that were happening at Mile 2.

He said he was also asked about the Sim Card and a book containing receipts bearing names of some senior Prison Officers, including the Director General (David Colley), who often go to Lang Conteh's office to collect money, mobile phones, and TV sets in the name of Lang Conteh, who was then at Mile 2.

He said he was also questioned on some drugs that were found at Mile 2 in one of the cells, and privileges accorded to certain prisoners. He told the court that all this was done at a time when he didn't even know Benedict Jammeh.

He posited that since he did not know Benedict Jammeh (Ben), he could not give him any false information about Ebou Khan. He said he came to know Ben when he came to the court to testify.

He further maintained that he had never given any information to Ben concerning a satellite disc nor the dead bull. He added that Burama Dibba never interrogated him, but only recorded what he told the panel.

He told the court that it is true that he told the panel that Sedia Jarjue had painted the prison trucks under his influence. He said in 2008, a written statement was obtained from him.

He said at one time when he was taken to the High Court on appeal, he saw Ebou Khan and he knew by instinct that he wanted to tell him something, but due to security reason he could not do so. As a result, he Musa took excuse that he was going to the toilet where he had the opportunity to meet him. He said there he told Ebou Khan of the procedures he could do in case he wanted to visit him.

He said one day, Ebou Khan came to Mile 2 to meet the Director (David Colley) and after meeting him, he (Ebou Khan) informed me that he had discussed with the Director and he will be sending his orderly to be given fuel on a weekly basis.

"The testimony of Ebou Khan was all false. The Prison diary is there to tell," he told the court.

He further told that prisoners at one time contributed an amount of D10, 000, which was given to David to bring back the satellite disc, noting that he (Musa) contributed D500. 00. He adduced that the said money was handed over to David by Batch Faye and Baba Jobe.

He said it was not possible until when Batch Faye lodged a complaint to Aunty Rose, David's successor, who ordered for the satellite disc to be returned. He said that he had also told the panel that a dead bull was brought to Mile 2 and the inmates were fed with it, maintaining that he saw that dead bull but did not eat its meat.

He said he personally confronted David on the issue because it is forbidden to eat animals that are not slaughtered, and David told him that "you prisoners are ungrateful because some meat coming from Saudi Arabia and chickens from other places are not questioned."

He said by these few words, he sensed guilt in David.

According to him, David pretended to take "behind legs for himself."

He said that he was surprised by the testimony of Sedia Jarjue. He told the court that prior to the painting of the trucks, Sedia had been visiting as Ebou Khan. He maintained that it was through his influence that the trucks were painted.

When asked whether he had listened to the cassettes and understood its contents, he replied in the positive.

Asked of whose voice were there, he said it was his own and Burama Dibba.

When asked whether he did not hear the voice Ben saying that, "I Benedict Jammeh is recording Musa Suso for future use," he replied in the negative.

Chief Superintendent Tijan Badjie told Suso whether he would be surprised when Ben told the court that he did the recording and Burama Dibba did the interview and he answered, "No I am not surprise."

Chief Superintendent Badjie then put it to Musa Suso that he was entreated by Benedict Jammeh and Burama Dibba to implicate David for him to have a presidential pardon and all what he had said is false, which Musa denied.

He noted that only the President could give a presidential pardon. 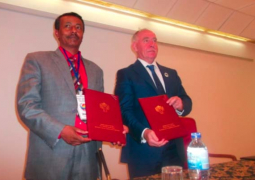 Witness summoned to appear in court