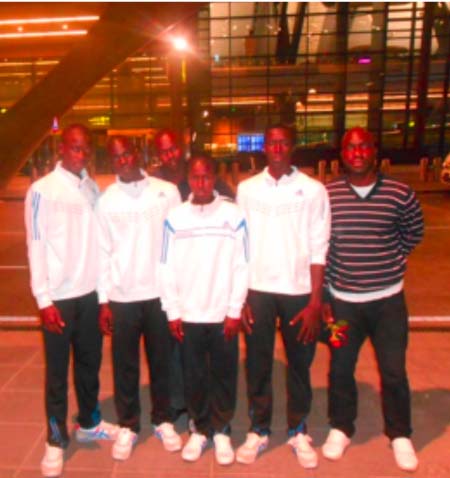 The world class event was a great phenomenon with conglomeration of myriad programs on the exciting city of Doha.The city held for the first time the 1st FINA Youth Program, FINA adjustment program forFINA officials and the short course (25 meters) World Swimming Championship all inclusive.

The goal of the Youths Program was to inspire and motivate the young talented swimmers to become the stars of tomorrow; Promote the communication & friendship among the program participants; provide an overview of the latest training trends & techniques by world class coaches as well as showcase the cultural history, tradition & heritage of the State Of Qatar.

According to the national team coach (Raoul Sambou), this was a great achievement for his team. They had little preparation both financial and physically but managed to knock- off their timings with almost 10sec down from their entry timings. “They just have to work hard and focus on their target.’ He said.

A team of 6 was received by representatives of the Gambian Embassy in Doha City. This was headed by the Vice President of the association Mr. Amadou Danso, who doubled as a coach for the Youth Program.