Gambia National Softball Association has been recently formed in the , with an executive committee comprising fourteen officials from all sectors of work. These members are expected to run the objective policies of the association

In a two-hour sensitization seminar with media organization in sport, at the Gambia National Olympic Committee Hall last Saturday, the new association informed the pressmen, the idea of coming up with a national Softball Association.

As a new game to be introduce in the country, participants at the seminar were avail the opportunity to have an audio-visual of how the game is play. The game of softball is play on a softball field, that includes 3 bases and a home plate arranged in the shape of a diamond.

However, the game is an exciting game that is played by more than 24 million men and women, boys and girls allover the world.

In her opening remarks, the president of the association Ms Beatrice Allen said that, the game is purely energetic and in that, its their target to introduce the game to the whole region of the country, schools and the combine forces. Ms Allen revealed that, a coaching course and a technical course will be organize in March to help the people get to know the game properly. 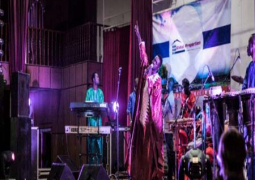