Action Aid's International Director for West and , Ms. Dede Amanor-Wilks, is currently in The Gambia on a working visit, her second since she took up appointment with Action Aid in 2007.


According to a press release from the action aid country office, Ms Dele's mission is to support Action Aid-The Gambia in consolidating its work with donors, partners and the Gambian Government.


The regional office of Action Aid International is running two pilot programmes in West and on regional integration. The pilot in comprises , Guinea Bissau and The Gambia whilst the one in the East consists of the DRC, and . Ms. Amanor-Wilks commended the Gambian government for its support to Action Aid The Gambia and called for greater collaboration especially in the execution of the regional integration programme.


Dr. Kujejatou Manneh, ActionAid's Country Director  expressed the need for closer collaboration and partnership with government and civil society in the fight against poverty. Re-emphasising the need for regional integration, she urged the Secretary of State for the Interior to take the lead in contacting his counterparts in both and Guinea Bissau to organize a forum to discuss the issues around trade. The Secretary of State for Trade, Abdou Kolley, who's also the ECOWAS focal person, disclosed that government is piloting a programme of free movement of goods and persons between the southern part of , Guinea Bissau and The Gambia. The outcome of this pilot will inform the future direction of regional integration at the ECOWAS level.

The Vice President in turn re-iterated the good work Action Aid has been doing since it was set up in The Gambia in 1979 and emphasized that a rights based approach must be combined with service delivery because they mutually re-enforce each other. She assured Ms. Amanor-Wilks of government's continued support in the fight against poverty.


Earlier, the Secretary of State for the Interior, Ousman Sonko, allayed fears on the issue of all NGO's now being under his department of state. He informed Ms. Amanor-Wilks that this was done not to police NGO's but to ensure transparency and accountability. Mr. Sonko expressed happiness at the work of Action Aid especially in conflict prevention saying 'Prevention is better than cure'. He therefore called on Action Aid to provide capacity building to security personnel on human security issues and in turn assured AATG of his collaboration and support. The Permanent Secretary at the Department of state for Finance reiterated the need for coordination among NGOs in providing information to the government on financial inflows and their areas of intervention. On education the deputy permanent secretary at the Department of Education, Pap Sey, commended Action Aid for its support to the education sector over the years and expressed the hope that it will continue.


On Sunday 8th February, Ms. Amanor-Wilks visited the Brufut Women's which is being supported by Action Aid The Gambia in collaboration with the Gambian government, the Dutch Embassy in and a British philanthropists. The regional director will hold talks tomorrow with UNDP, FAO, the EC and the embassy of the Republic of China on . She will then visit Guinea Bissau before traveling to where she will hold meetings with the Action Aid country directors of , Guinea Bissau and The Gambia on issues of regional integration. 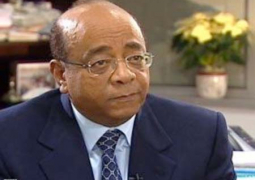 YMCA Empowers Over 100 Youths with Skills