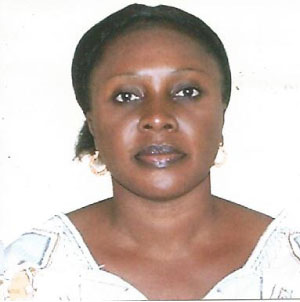 The National Agricultural Research Institute (NARI) on Thursday convened a one-day muli-sectoral meeting for farmers at the Baobab Holiday Resort in Bijilo.

The meeting was under the auspices of the Crop Livestock Intensification Project, a regional project operating in countries such as Ghana, Benin and The Gambia.

The meeting was geared towards to bringing all relevant stakeholders together to discuss the new innovation platform on the crop livestock intensification project.

In his welcome remarks, the director of research at NARI, Dr. Lamin Jobe, expressed delight at the turnout of the farmers at the meeting.

He went further to described this meeting as very essential, in the sense that it bring stakeholders together and actors that are involved in the crop livestock intensification project.

He noted that the meeting was one way of linking farms to the market, adding that for agriculture to make an impact, there will be need to put entrepreneurship in our farming system.

According to him, linking farmers to the market will be a big way in boosting productivity.

Dr Jobe went further to assert that the crop livestock intensification project has as stakeholders the extension services, livestock dealers association, veterinary service, the media, transporters, and the private sector, all of which, he said, have a key role to play in the project.

The project coordinator, Mama Mariama Saho, said the meeting, among others, was aimed at exposing researchers and other stakeholders to the concept and application of innovations, the roles and responsibilities of the different actors of the value chain and facilitation of the platforms.

She went further to give the background to the project, announcing that it is a three-year project with a grant from the Australian government funded through CORAF/WECARD based in Dakar, working in Central and West Africa.

According to her, the project’s implementation commenced this year and has gone on for almost eight months.

She asserted that one of the key objectives of the project is to use the innovation platform approach in disseminating all the information gathered the end of the meeting.

She also stated that this project is geared towards emulating the DONATA Project which has been a success project in the North Bank Region.

She also went further to state that the project has five target areas - crop livestock integration, and the main crop that the project is working on is groundnuts, cows, pigs and small ruminants.

She added that currently the project is dealing with seed multiplication, which is also one of the concerns of the project, which is working closely with the farmers.

In his official opening statement, the permanent secretary at the Ministry of Agriculture, Dr Sait Drammeh, described the meeting as very important.

He said that the whole idea surrounding this new innovation is the fact that a lot of attempts have been made in the past to adopt the new technology, and different ideas came forward as to how to move the technology for the end-users.

He stated that the importance of linking researchers and extension is key to our agricultural development.

He said that bringing various stakeholders together, and brainstorming on important issues affecting our agricultural development is key and timely.

He thanked the organizers for organizing such an important meeting for farmers with the objectives of improving the livestock sub sector.