Officer Hydara told the court that in 2013 he was at the police station when he was called by one NCA2 Badjie that he received information that one Alieu Samba, a native of Lamin village, was in the football field selling cannabis.

He said upon receiving that information from NCA2 Badjie, he mobilized some men including himself and they left for the scene, adding that upon their arrival at the football field in Lamin, he divided the men into two groups and he assigned the first group to go inside the football field and asked the second group to stay outside.

According to him, when the officers entered into the football field and the accused saw them, he recognised them and ran away but was apprehended by one officer Sillah who was standing at the main gate of the football field.

He said at the time of the arrest of the accused he was carrying a school bag and when the bag was searched, cannabis was found in it.

The accused, together with one of his friends, was then escorted by the officers to Banjulinding Police Station where the bag was again opened and 15 parcels of suspected cannabis sativa wrapped in a paper were discovered, he said.

He added that the accused was asked about the cannabis and he confessed to being the owner of the said suspected cannabis and was later charged, and voluntary and cautionary statements were taken from him.

Under cross-examination by the accused, the witness told the court that he could not tell where the officers found the accused sitting, as he was not inside the football field. 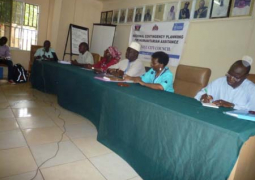