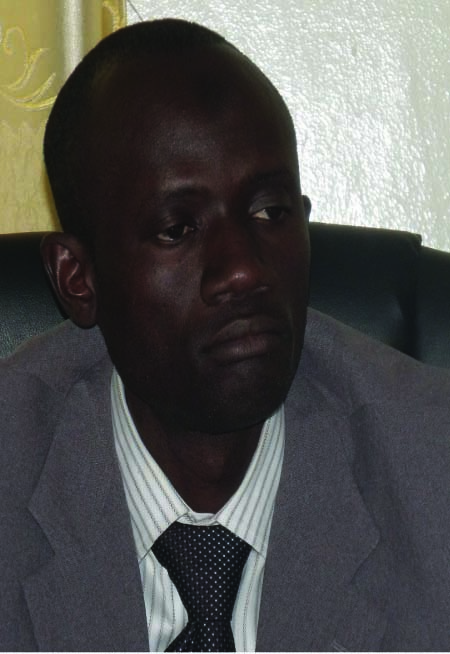 The Ministry of Youth and Sports yesterday held a press briefing at its office in Banjul to react to the mounting saga neighbouring the notorious non-payment of match allowances of players of the Gambia senior national team - the Scorpions.

Furious players of the Scorpions, who returned to Banjul at the weekend on the back of a heroic 1-nil win over Gabon much to the delight of the Gambian soccer fans, on Friday afternoon met at the Seaview Hotel to voice out their anger and frustration at the country’s youth and sports ministry for what they said was a total disappointment over the non-payment of their match allowances, in contrast to the promise made by representatives of the ministry who attended the last week conference at the Seaview Hotel.

The players and officials of the team were engaged in a strong negotiation with the Ministry of Youth and Sports representatives led by the permanent secretary, Alieu K. Jammeh, who they said made a promise that their allowances would be sent to them in Gabon, three days before the team is scheduled to take part in an international friendly match that took place in Libreville, Gabon, last Tuesday.

Scorpions’ team administrator Bakary Terema Dahaba, Coach Paul Put together with three senior players including stand-in-captain Mustapha Jarju blasted the ministry for its failure in its responsibilities of paying their match allowances.

The men also accused the ministry of lying to them much to the sadness of the permanent secretary, Alieu Jammeh, who took advantage of the press conference to react to the story of the match allowances, whose matter, as well as allegation of the ministry’s authorities being liars, continues to dominate recent media reports.

Jammeh, who expressed concern for the nonappearance GFA officials and Scorpions representatives, including Coach Paul Put, used the platform to explain why the much talked about Scorpions’ match allowances could not reach them in Gabon as promised.

He said the cheque for the allowances was finally signed since last Wednesday but before that the process took three working days as a result of "the unavailability" of the guy that supposed to sign the cheque.

"The cheque was signed since last Wednesday but the fact that the guy responsible for signing was not available it had to take us three working days before we could get hold of it," he explained. "And that was what warranted the players and their officials to insult and castigate the Ministry and its staff?" asked PS Jammeh, who also expressed dissatisfaction with The Point newspaper’s editorial of Monday captioned: "Don’t try to silence the voice of the people!".

"It pained us when we heard the news that the players that play for our own country and officials who work for the government used the media to insult us in a manner that is unwarranted," says Jammeh, who also questioned the role of the Gambia Football Association (GFA) in funding football.

"What is the role of the GFA in funding football because I learnt that all the FAs receive 250,000 US dollars from Fifa and what are they doing with those funds," the PS says, adding that the Fifa goal project, which is at its fifth face, is being "mismanaged", which if properly managed could be used to camp the national teams.

"If we get focused on football only at the expense of other disciplines, what time will be left for us to spend on other areas," he queried.

The role of Gambia for Gold, a fundraising committee tasked with the responsibility of raising the needed funds for the national teams’ participation at international championships, came under intense attack in recent times but its chairman, Tombong Saidy, was on the defensive side of the committee.

He told journalists at a press conference that the role of Gambia for Gold is very clear to everyone, saying: "It was established by all stakeholders and its main objective is to raise funds for football for the next four years and we have surpassed the half of the estimated target of raising 32 million dalasis for a four year period."

Bakary Jammeh, a member of Gambia for Gold, who talked on various issues, said "this blame game cannot take us any where" and called on all and sundry to put their individual grievances aside to work towards ensuring that Gambian football is taken to the highest standard.

"Jack et Le TAKEIFA" is Back 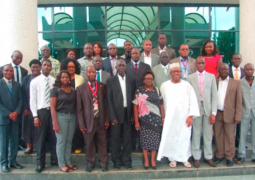