Acting-principal Magistrate Alagba at the Kanifing Magistrates’ Court yesterday convicted and sentenced Ms Fatou Yaffa, Secretary General of National Patriotic Students Association (NAPSA), to a fine of D20,000 in default to serve four years in prison upon her own plea of guilty to the charges preferred against her.

Defence counsel Assan Martin, in his mitigation plea on behalf of the convicted person, told the court that she is a young woman who had not wasted the court’s time.

He said Fatou Yaffa represents the student body which works closely with the government, and she is a first-time offender in the eyes of the law.

He added that in any country the students are the backbone of the nation, adding that this were students who always avoided crime at all times.

The trial magistrate, in passing sentence, said he listened to the mitigation plea of the defence counsel, and agreed that the convict did not waste the time of the court.

He therefore sentenced her accordingly.

Meanwhile, the other accused persons, Babucarr Jallow, Denis T. Gomez and Jarga Jallow, who denied the charges were each granted a court bail of D100, 000 with one Gambian surety each, who must provide an affidavit of means.

Testifying as the first prosecution witness, Abdoulie Jallow, the shopkeeper, told the court that the he did not recognize the accused persons, but knows one Isatou Sanneh and Sulayman, who came to his shop.

“On 14 March 2011, Isatou Sanneh came with one Sulayman and Isatou told me that they needed a pro-forma invoice. I told them my pro-forma invoice was finished, and if they could return the next day,” he said.

“They came the next day, and I gave the pro-forma invoice to Isatou with the price to calculate, which amounted to D30, 195,” the shopkeeper added.

The pro-forma invoice was tendered and admitted in court as an exhibit.

Asked by the prosecutor, whether at the time of giving the pro-forma invoice there was any tip-pex on the said pro-forma invoice, the witness said, ‘No, I did not give them with any tip-pex. Some writing had been added to the one I gave them, though the figure remained the same.”

Under cross-examination by defence counsel Assan Martin, the witness said one Isatou Sanneh and Sulayman came to his shop to request for the invoice.

He noted that at the time of giving out the invoice to them there was no tip-pex on it.

Defence counsel put to him that the reason why the tip-pex was there on the invoice was because of a mistake.

Lawyer Martin further told the witness that there was no intention of fraud or cheating, and that it was just a mistake.

When asked by the defence counsel who put the tip-pex on the pro-forma invoice, the witness said he could not precisely tell.

The case was subsequently adjourned till 12 May 2011.

According to the particulars of offence on count one, Denis T. Gomez, Garga E. Gaye, Babucarr Jallow and Fatou Jaffa, in March 2011, in the city of , jointly conspired to make false Victoria Shop pro-forma invoice knowing same to be false.

The charge sheet on count two stated that the accused persons, Denis T. Gomez, Garga E. Gaye and Bubacarr Jallow, in March 2011 in the city of , with intention to defraud, made a false Victoria Shop pro-forma invoice knowing same to be forged.

Count three indicated that in March 2011, at , the accused persons presented a Victoria Shop pro-forma invoice with a covering letter to the Office of the President knowing that the said document was false.

Are they paying heed? 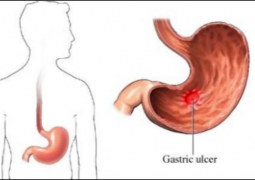 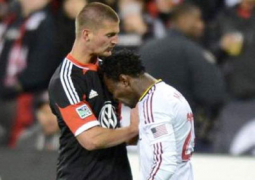