The World Bank on Wednesday launched the gender In Agriculture Sourcebook, the product of a three-year collaborative effort with the UN Food and Agriculture Organisation (FAO), and the International Fund or Agricultural Development (IFAD).

Through case studies and best practices, the sourcebook addresses the development reality that persists in under investment in women and agriculture together with gender disparities in knowledge, technology access to credit, and land result in less food being grown, less being earned, higher levels of poverty, and greater food security.
According to Katherine Sierra, Vice president, Sustainable Development at the World Bank, the World Bank is determined to address the funding imbalance. "The World Bank's goal is that at least half our agriculture and rural development projects include investments and activities that benefit women by 2010, she said.

"This shift in investment is critical. We are seeing evidence that women are among the most affected by the current food crisis, "said Eija Pehu of the Agriculture and Rural Development of the world Bank and Team leader for the Sourcebook. "They often lack the assets, income, and decision making authority to respond to the increase in food prices," she said.

In addition the knowledge for practitioners, the sourcebook speaks to policymakers with recommendations to increase analytical work on gender in agricultural programs, to strengthen female representation in public and private institutions, and to invest more in developing the capacity of women farmers through education and skills formation." "The eradication of hunger and rural poverty simply cannot be achieved without equal opportunities for men and women and without economic empowerment," said FAO Director General Jacques Diouf.

The sourcebook contains detailed case studies and over 300 highlighted projects sharing gender mainstreaming knowledge on a range of development interventions in agriculture from rural infrastructure to education.

At a briefing today a panel of experts from FAO, IFAD, the World Bank, and the International Food policy Research Institute (IFPRI) highlighted the potential impact of shifting resources. If women farmers had the same access to inputs, education and experience as their male counterparts in , for example, their yields for maize, beans, and cowpeas could increase as much as 22 percent. A change like this would have resulted in a one-time doubling of 's growth rate in 2004 from 4.3percent to 8.3 percent. 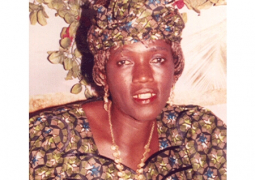 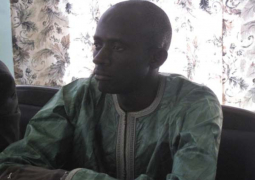