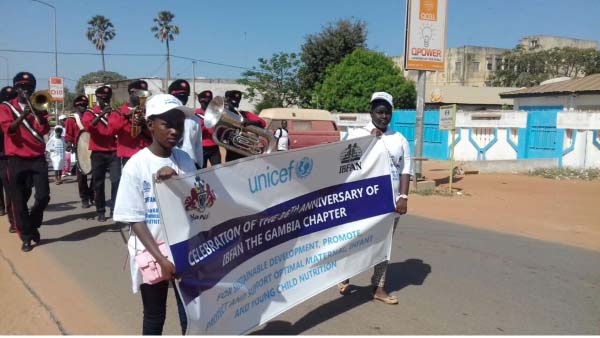 The event started with a march-past then a symposium at NaNA conference hall at Bertil Harding Highway.

IBFAN was founded in 1979 and consists of 273 networks in 168 countries.Its member groups include consumer organisations, health workers associations, parent groups and diverse organisations in the social justice movement.It also has individual members.

Each member group is autonomous; raises its own funds with the assistance of IBFAN’s regional and programme coordinating officers.

On the importance of breastmilk, Mr Fofana said there is no food locally produced or sustainable more than breast milk.

“A breastfed child is less likely to suffer from gastroenteritis, respiratory and ear infection, diabetes, allergies and other illnesses,” he said.

“The feeding of infants and young children is a crucial factor in determining the health, nutrition, survival, growth and development of an individual.”

Researches have shown that appropriate nutrition of the mother before and during pregnancy, and timely initiation of breast feeding as well as exclusive breastfeeding for the first 6 month of a child’s life, plays a great role in the overall human development and wellbeing of children.

Mr Fofana said the nutritional and other essential needs of women and children still remain a challenge despite “considerable progress” made through specific interventions to address the health of mothers and their children.

He said anaemia, Vitamin A deficiency and iodine deficiency disorders are prevalent in mild to moderate forms and contribute to reduction in intellectual capacity, performance and productivity.

“At the same time, diet-related non-communicable diseases such as diabetes, hypertension and some cancers are on the increase due to change in diet and lifestyle,” Fofana said.

He noted that the present generation, especially the younger ones, consumes more processed foods that are high in fat, salt and sugar.

This, thus, exposes them to NCDs and creates a lucrative market for commercial food industry, Mr Fofana added.

“Therefore, more efforts are still needed to tackle the prevailing situation as a means of ensuring the survival of and enhancing the nutrition, health, growth and development of infants and young children,” he further explained. 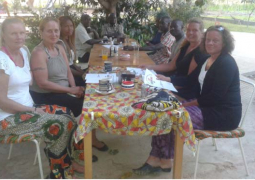