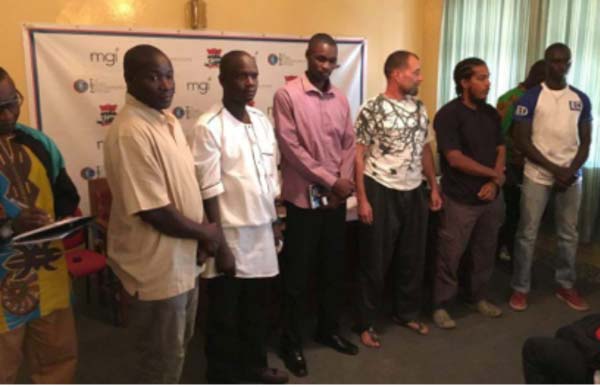 The Gambia Judo Association on 28 February 2016 elected a new executive to replace the interim committee initially set up by the National Sports Council, following the suspension of the former executive, at a congress held at the Independence Stadium Board Room.

Ebrima Secka, representative of the National Sports Council, in his remarks, implored on the delegates to elect the right people who would work in the interest of the association so they would not drag back Judo to where it was.

The chairman of the Interim Committee, Modou Sanyang, thanked the club representatives for the trust they had on them and for support them over time.

“This shows that you are not only interested in holding positions and individualizing the association, you are really interested in Judo and its development in the Gambia,” he said.

The elected president Timothy Colley, in his speech after the election, thanked the delegates for the trust bestowed on him and the new executive to change the image of Judo in the country.

He called on all clubs and stakeholders involved to give them a helping hand to serve well together.

He said: “The Gambia Judo can win, because that is the most important thing - that together we all work towards giving every Gambian the opportunity to know and practise in Judo as a sport and not Timothy as president or any member of the Executive.”