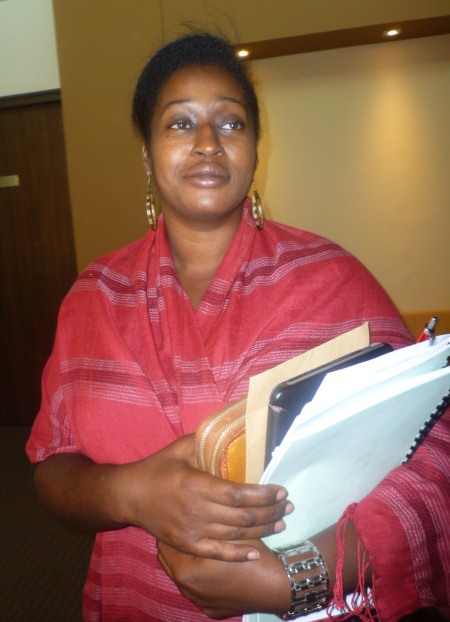 The joint session of the Public Accounts Committee and Public Enterprises Committee (PAC/PEC) of the National Assembly has called on the Alternative Dispute Resolution Secretariat (ADRS) to work on their compliance standard.

The Assembly members made the call on Wednesday, while adopting the ADRS financial activity report for 2013.

Penda Gibril-Tommy, Executive Secretary of ADRS, thanked the joint committees of the Assembly for adopting the report.

She said they would try and have everything in record, and would also improve on their activities.

The ADRS Executive Secretary told Assembly members that the secretariat relied heavily on external funding for all its projects.

This means that depending on the donors budget intervention areas, some activities may not be carried out even though they are vital to strengthening the ADR structure, she said.

The secretariat could only carry out limited sensitization activities, awareness programmes or advocacy when project approval was given, thus restricting the efforts of the secretariat.

The secretariat needs a budget to carry out continuous educational and awareness activities for the public and to market its services to the public, she added.

Dilating on capacity development and training, the ADRS executive secretary said there is a constant need to train and re-train staff in their areas of work.

More imperative is the need for public re-training on ADRS’ mediation skills, she said.

Since 2008, she added, only one member of staff has received assistance from the secretariat to partially fund an accounting course at the Management Development Institute (MDI).

The secretariat needs to upgrade and refresh the skills of all staff periodically, to improve service delivery, encourage staff in their development and prospects of promotion within the structure of the organization.

Hon. Mam Cherno Jallow, member for Upper Nuimi, said the ADRS should be commended for discussing and solving matters, adding that in his constituency, civil matters were very limited, because most of the civil matters had been worked out by the ADRS to solve them before reaching the courts.

“I really support the ADRS for their mandate, and they need to be supported,” the NAM for Upper Nuimi said.

Hon. Lamin Jadama, member for Niamina West, also called on the ADRS to have a regional office in CRR, adding that CRR is one of the biggest regions in the country.