The Network of Agricultural Communicators (NAC) The Gambia and their Danish partners, Danish Food and Agricultural Journalists, will from 3 to 6 March 2014 dispatch a four-man delegation to embark on a nationwide research trip to farmer communities and community radio stations within the country.

The trip was intended to establish the currently missing links between the farmers and journalists, knowing the importance of the media as a tool for development.

The trip followed the two partners’ conduction of a ten-day training programme for agricultural journalists in The Gambia in 2012.

At that training, it was realized that most of the journalists lacked the knowhow to report on agriculture as well as the ability to find suitable angles their news stories to address the needs of the farmers.

It was also noticed that unless a thorough research was conducted, the needs of farmers could not be known talk less of being addressed by the journalists.

The four-day research trip will be followed by a three-day seminar on theme: “How can improved agri-journalism help fight poverty and food insecurity in The Gambia.”

The project is sponsored by the Danish government through the Danish Food and Agricultural Journalist (DFAJ), in partnership with The Network of Agricultural Communicators The Gambia.

During the trip, the Network members and their Danish partners would visit agricultural centres such as Njawara Agricultural Training Centre, Chamen Training Centre and Chamen Nianija Agricultural Centre in North Bank Region, farmer communities in the regions, as well as community radio stations across the country.

Two members of the Danish Food and Agricultural Journalist (DFAJ) will be arriving in the country tomorrow and will be received by their Gambian counterparts for the implementation of the project.

Speaking ahead of the trip and seminar, Amadou Jallow, president of the network, who is a senior reporter at the Daily Observer, said: “Our target is to collect information about the needs of farmers for agricultural knowledge.

“We also intend to collect information about the needs of journalists for new skills and competence as well as gain knowledge of radio stations’ cooperation, opportunities and demands for cooperation.”

The tour team, he said, will also obtain information about the radio stations’ technology and the potential need for new technology.

“On the trip, we also intend to obtain knowledge about what it takes for radio stations to transmit more and better programs on agriculture,” he said.

Jallow noted that the Network was established to serve agricultural editors, writers, photographers and communicators who qualify for active membership by ensuring an open exchange of ideas and fostering professional excellence both in The Gambia and internationally.

He however thanked the Danish government through the Danish Food and Agricultural Journalist (DFAJ) for funding the project, stating that the project would complement President Yahya Jammeh’s call for people to go back to the land.

He concluded by saying that the media is the right tool to propagate the President’s call for Gambians to grow what they eat and eat what they grow. 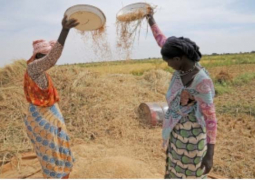 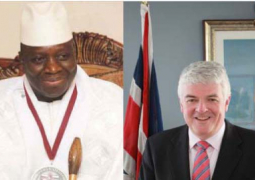