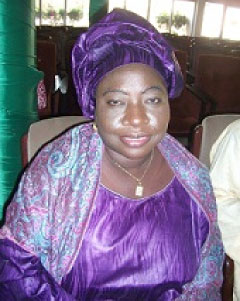 Members of the National Assembly recently took part in a day validation exercise on the draft parliament bill, at the Paradise Suites Hotel.

The validation workshop was also attended by , assembly staff and local dignitaries from other institutions.

In her opening remarks, Hon. Fatou Mbye, deputy speaker of the National Assembly, recalled the strives being taken in their drive to cultivate and nurture the principles of parliamentary democracy and governance.

She further stated that the 1997 constitution is the foundation of democratic principles which the National Assembly of The Gambia stands to cherish.

Hon. Mbye also said the ideals of a functional legislature as defined in the constitution are an embodiment of the representative functions of parliament which seeks to protect, guide and provide their base for democracy.

“To better address the increasing need to establish an autonomous parliament, focused on the standards and structures that resemble the model and concept, are essential features that demand adequate resourcing and consideration.”

In the light of the above, she said, the validation of the draft Parliament Bill is indeed a crucial interface and platform that allows for greater public partnership, collaboration and networking with not only the executive and the judiciary but also with critical and potential partners in development.

Mrs Mbye added that such developments in the status and image of the National Assembly, requires solid infrastructural and capacity building procedures that should project the legal and constitutional features of the Assembly.

She said: “The quality of service offered by the National Assembly members and National Assembly service staff should be able to show ingenuity, enthusiasm and functionality in a variety of domains and disciplines for better and valuable fulfilment of their core functions and therefore injecting energy into this component will ensure a conducive and efficient National Assembly.

“In this process, the emergence of the National Assembly Autonomy Bill and the principles governing its existence are fundamental pillars that intend to reinforce the supremacy of the constitution and safeguard parliamentary democracy.”

For his part, Dodou Kebbeh, clerk of the National Assembly, said the workshop was held to prepare draft bill for the parliament.

The National Assembly is the second estate of a State, she added, saying the government under the leadership of President Yahya Jammeh has since 1997 been supporting the parliament budgetary process.

Mr Kebbeh said that to whom much is given much is expected and that they would not move to their new building without preparing themselves institutionally, capacity and legal wise.