No fewer than thirty journalists from both print and electronic media over the weekend took part in a two-day orientation workshop on population and development related issues, held at the Gambia Pastoral Institute.

Organised by the Department of Information Services, under the purview of the Awareness on Reproductive Health and Rights and Gender project of the National Population Programme, the workshop among others, covered topics on the ICPD and the MDGs, and the role of the media in disseminating information on population-related issues.

In her welcome remarks, Mrs Aiaha Davies-Ann, the Director of Information Services, said the workshop, which was funded by the UNFPA was aimed at orientating new members of the Network of Journalists on issues of population and development.

According to her, UNFPA is the government's main donor in the area of population and development, and has been in the forefront of addressing sensitive population issues, such as FGC and other harmful traditional practices, adolescent sexuality and gender issues.

"Considering the obstacles and challenges in the implementation of the ICPD recommendations since 1994 and the National Population Policy since 1996 to date, your crucial role as advocators and the vehicle of disseminating population messages for positive behavioural change, has re-emerged with more importance attached to it, if positive and sustainable attitudinal change and results are to be realised on population and development issues", she noted.

For his part, Mr. Rueben Mboge, Assistant UNFPA representative to the underscored the importance of the workshop, describing it as timely.

Other speakers at the occasion included Mr Buya Jammeh, who represented the President of the Gambia Press Union and Mr Ebou Jallow, Assistant Director of Population Affairs. 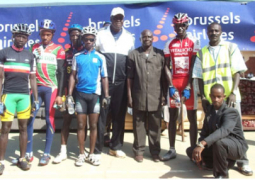 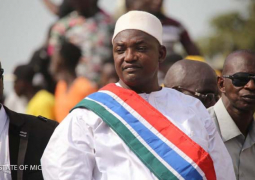