Muslims Hands Gambia on Thursday 11 June 2009 laid the foundation stones for the construction of two mosques (Masjid) in the villages of Mariama Kunda and Daru Busumbala, all in the Western Region.

Speaking at the occasion, Mr. Ousman Bojang, Senior Project Manager at the Muslim Hands, said one year ago the two communities had written requests for assistance, for the construction of the two Masjid.

He revealed that the funds for the construction of the two Masjids was provided by Muslim Hands UK to the tune of D490, 000.

For his part, Mr. Samba Sanneh, the representative of the community of Daru Busumbala commended Muslim Hands for the timely support towards his community. Mr Sanneh also revealed that "Muslim Hands has also provided a well for his community".

Alh. Alieu Kah, an Imam in Mariama Kunda, said before the intervention of Muslim Hands worshippers in his area used to encounter lot of problems because the place they were using was not able to accommodate all the worshippers. He said with this timely assistance of Muslim Hands, their problems would be greatly solved. He commended the organisation and then called on others to emulate them.

Community members of the two beneficiary villages graced the occasion. 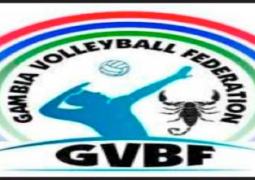