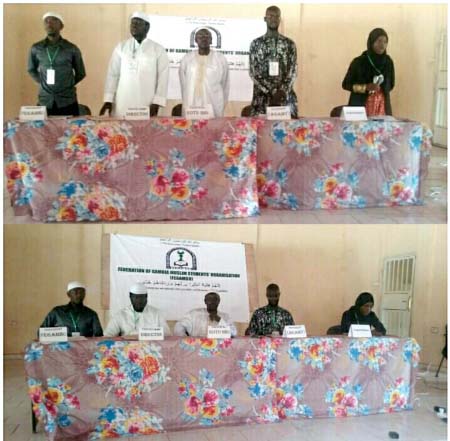 The camp on the theme ‘Tolerance in the face of conflict of ideas’ was attended by 128 participants from across The Gambia.

Organisers said the theme was chosen to pave a way for peaceful human existence in view of the numerous conflicts in the world.

Yankuba Jarju, president of the FEGAMSO, said during the weeklong camp, participants were exposed to the basic religious practices and life skills which are expected to give them the necessary acumen to positively contribute their quota to the socio-economic development of the country.

He urged the participants to make best use of the knowledge gained from the camp to serve as ambassadors to propagate and disseminate Islam as a religion of peace.

Sheikh Musa Kanteh, a representative from FEGAMSO sister organisation in Senegal, said it is very important for the two organisations in The Gambia and Senegal to collaborate in strengthening and spreading the message and traditions of Islam through youth camps.

Omar Bojang, the camp director, hailed the commitment, dedication and discipline of the camp participants and advised them to continue in their pursuit of the knowledge of Islam.

Mr Bojang thanked the camp organising team, parents and all those who contributed to the success of the event.

Sonna Darboe, one of the participants, said they have learned “great moral Islamic lessons” during the camp.

“The knowledge and lessons we acquired during the youth camp was very valuable and they will be inculcated throughout the rest of our lives,” she said.

She thanked and hailed the efforts of the organisers and camp teachers for taking their (the participants) spirituality to another level through the youth camp. 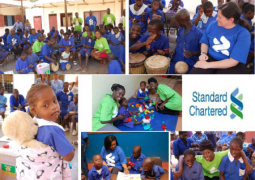 FAO hands over equipment for DOSA