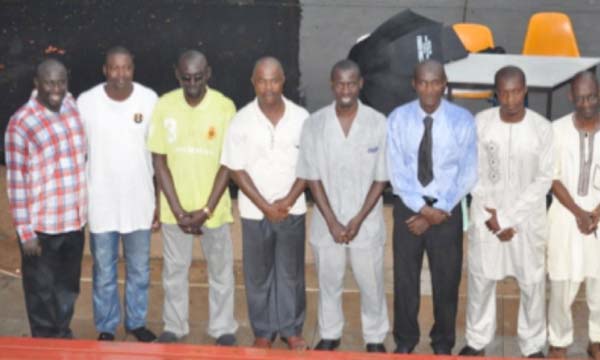 A two-day interactive session between officials of the National Centre for Arts and Culture (NCAC) and the Gambia Association of Professional Photographers (GAPP) was held on 19 and 20 July 2016, at the Alliance Franco Gambiene.

The event was meant to renew mandate, with a view to strengthening the association’s democratic practice. GAPP Constitution was reviewed, revised and adopted, during which major changes were put in place for the betterment of the association and the general photographic fraternity.

They include incumbent President - Dawda Bayo, Chris Eberendu - Vice President, Uthman A.N. Jeng (the First Vice President of the Sports Journalists Association of The Gambia [SJAG]) - as Sectary General, and Modou Saidy was re-elected as Treasurer.

The election of the incumbent  President  saw the extension of an olive hand to all photographers, irrespective of which faction one belongs to,  in joining the association and work hand in glove to the realisation of the aims and objectives of the association.

GAPP members were full of praises for Mr Sheikh Omar Jallow and Mr Hassoum Ceesay of the NCAC for their contributions and commitment to the welfare of the GAPP membership.

The executive has a two-year mandate to steer the affairs of GAPP with a possibility of a second term.