Amie Jah, alias 'Jah bless', is a musical genius who is very near and dear to the hearts of music lovers in The Gambia. Speaking to Entertainment recently, the Banjul-born musician said she is currently working round the clock to produce an album when she gets the sponsor.

Amie, who started music at a tender age, was able to release singles entitled Yaya Jammeh and Amie Yaffa respectively. However, she said a lack of support is greatly pinning her down in her drive to reach stardom. Amie went further to explain that her aim and objective is to raise the flag of The Gambia's music. She was part of various dance groups in various hotels in the country. 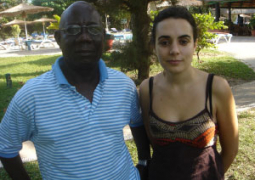