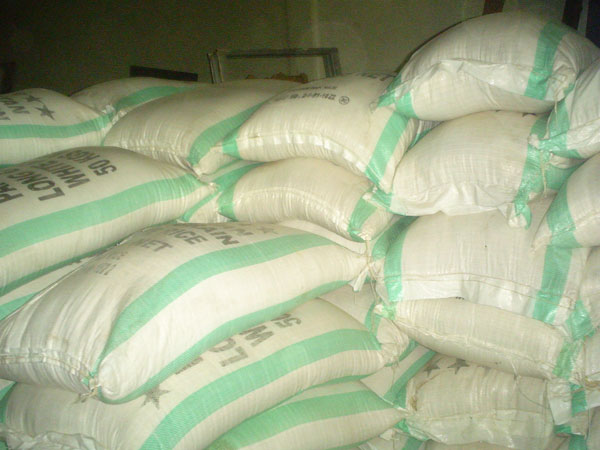 The Lebanese Community in The Gambia through the AHL ALBAIT ISLAMIC Association on Wednesday distributed 200 bags of sugar and rice to Muslims in the country.
Speaking at the occasion, held at the New Jeshwang, the Imam of the Lebanese Community, Imam Sheikh Rabie Farhat, said that the annual Ramadan gift is a tradition as a goodwill gesture from the Lebanese community in The Gambia to their Gambian brothers and sisters. " This organisation usually receives sugar and rice every year from the Lebanese community here to gives it out to their fellow Muslims as an obligation bestowed on them. "We were told by the Holy Prophet as Muslims to care and give out charity to those in need. "We hold very fast on the holy Qu'ran to care and extend hands to our fellow Muslims based on that we as an association normally give out this charity. We are an organisation that works with the Gambian people, government and communities." He prayed that God gives President Jammeh and Gambian people good health, progress and prosperity. The Imam revealed that they will offer similar gestures to government hospitals and others in the days to come.
For their parts, Imams Baba Leigh and Tafsir Gaye thanked the Lebanese community for the humanitarian gesture while describing it as timely. "We are the Imams and the poor and the needy always look up to us for assistance so without this kind of gesture we would find it extremely difficult to extend hand to them," said Imam Leigh.