Information reaching Entertainment has revealed that on a new Radio Station has been opened in Sinchu Athagie to serve the surrounding community. The name of the radio is Teranger Community Radio Station.

In a chat with Entertainment, The manager of the radio station, Mr John Mendy, said that the new radio station has started operating at the beginning of September, 2008. He added that the radio opens every day from 8 to 11pm. According to him, programmes like education, entertainment and information are issues run in the radio. He noted that, transmission of coverage is supplied within the greater area and the frequency of the radio is 97.5.

Touching to his experience as a radio manager, John Mendy, alias 'pacco', was educated in The Gambia and later travelled to and where he studied radio broadcasting. In , John worked with RTS, Citizen FM, Radio Piggin and Radio Dunia respectively. The Manager finally called on sponsors from the Government, NGO's and philanthropists to support his new radio station. 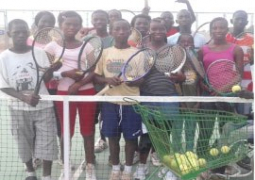