One Rohey Jatta, a prosecution witness, was recently cross-examined in the murder case involving one Lamin Jatta at the Special Criminal Court in Banjul before Justice Emmanuel Nkea.

Under cross-examination, Rohey Jatta told the court that the accused had been sick for about ten years now, and she personally took the accused person to Campama, when it was in Banjul, and later to Tanka Tanka.

The witness elucidated that she also took the accused person to the traditional healers, stating that on the day of the incident, she told her husband to neglect the accused, as his sickness had started.

She stated that the accused usually talked to himself when attacked by his sick, adding that she did not see the accused beating the deceased, who was her husband.

The witness adduced that she did not have any evidence at hand to show that the accused is a psychiatric patient, but the documents were with Tanka Tanka Psychiatric Hospital. 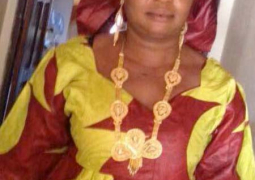