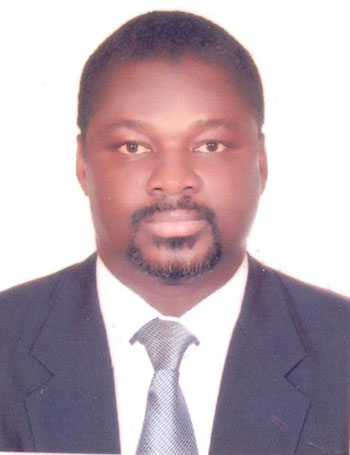 Over 100 human rights defenders and journalists from Africa and beyond are currently taking part in a three-day forum on the participation of NGOs in the 48th ordinary session of the African Commission on Human and Peoples' Rights and the 22nd Africa Human Rights Book Fair convened by the African Centre for Democracy and Human Rights Studies (ACDHRS) in Banjul.

The forum, under way at the Kairaba Beach Hotel, precedes the 48th ordinary session of the African Commission also to be held in The Gambia from 10th to 24th November 2010.

It seeks, among others, to foster cooperation among and between NGOs, as well as the African Commission with a view to promoting and protecting human rights in Africa.

The first theme of the forum, which began with calls for the protection and promotion of human rights and safety of journalists in Africa, was on an overview of the human rights situation in Africa. The forum will also identify strategies in addressing emerging issues.

"We can all bear witness that NGOs have played and continue to play unprecedented roles in our societies, especially in complementing the efforts of government in the provision of basic social services to our citizenry, and for educating the latter not only on their civic duties as individuals, but also on their rights and other obligations as citizen," Bajo stated.

According to minister Bajo, from their roles in setting international human rights standards and documenting human rights violations, NGOs are increasingly becoming indispensable in the day-to-day administration of nations.

Ms Hannah Forster, Executive Director of the African Centre noted that the landscape of human rights and democracy on the continent continues to attract a lot of attention as a result of the changes in priorities and perceptions at the national, regional, and international level.

She reminded delegates of the work at the African Union level to develop a human rights strategy for Africa, and the encouragement for states to ratify and implement the African Charter on Democracy, Elections and Governance in order to reinforce the highest principles of democratic governance in Africa.

Andrew Chigovera, chairman of the Governing Council of the African Centre, underscored the importance of NGOs for human rights in Africa, which, he added, cannot be overemphasized, especially in the light of current events unfolding around the continent. These, he noted, are the scores of human rights abuses, injustices and impunity in many African countries.

Mr. Chigovera is of the view that human rights groups represented in the forum are very important in playing their role independently of governments, to protect and promote the rights of the citizen, through advocacy campaigns, education, sensitization and networking in their respective countries and within Africa.

Other speakers at the forum included Hon. Justice Gerard Niyungeko, the president  of the African Court of Human and Peoples Rights ,and Riena Alapini Gansou, chairperson of the African Commission.